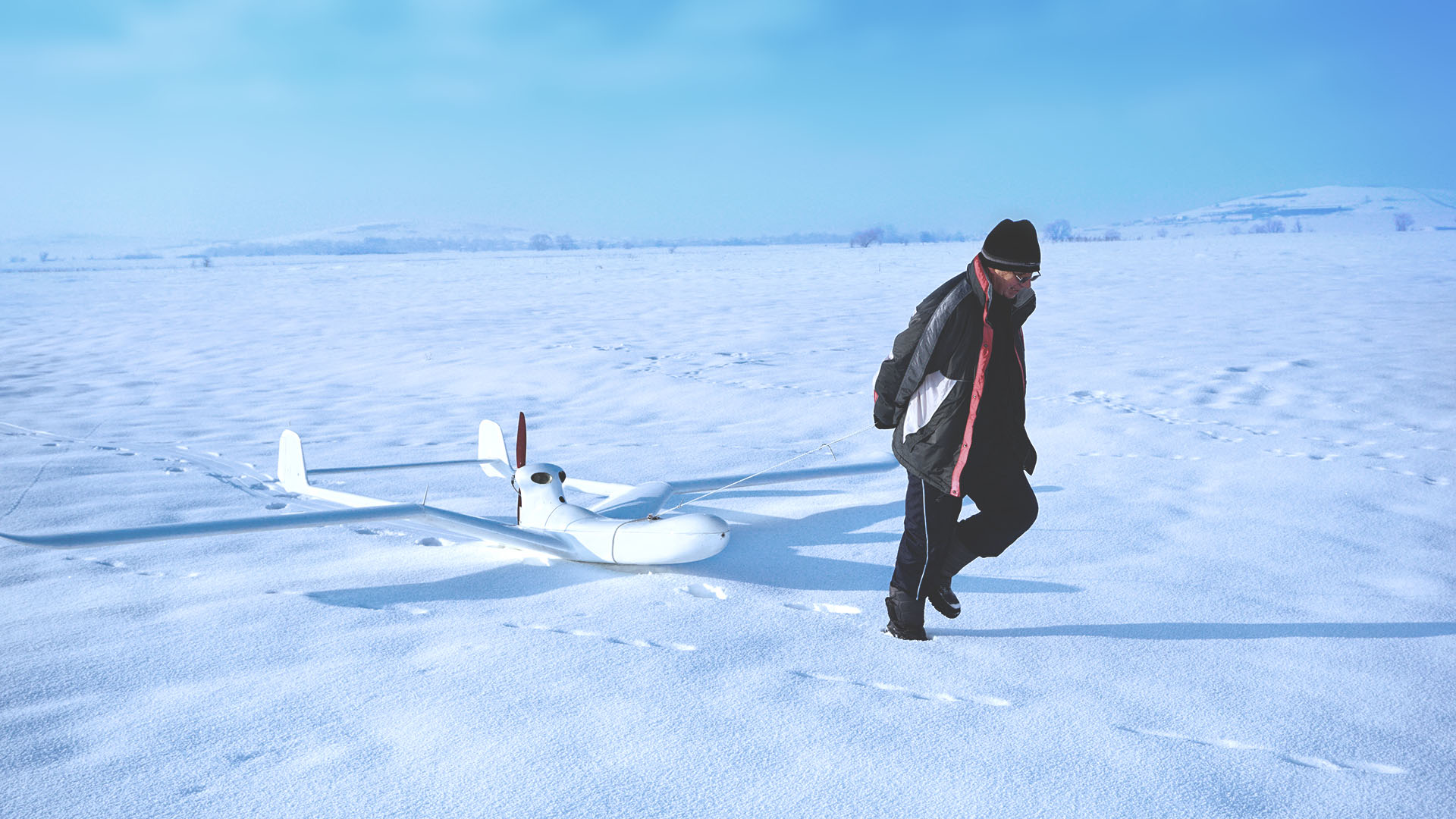 First snow takeoff and landing of the D7 prototype

Today was a very cold (-10°C / 14F) and very exciting day. We verified that the D5 prototype has enough static thrust to overcome the snow friction and perform belly takeoff.

Yesterday we measured the friction force by filling the fuselage with sand bags to simulate the total takeoff weight and pulling it with a spring balance. However, some developers in the team were skeptical about how scientific the method is.

Our major concerns were:
• Is the thrust great enough to overcome the snow friction?
• Is carburetor icing going to be a problem at air temperature -10°C (14F)?
• Can we taxi on the snow once we land?
• Is the electronics going to work below -10°C as usual and as previously tested?

It worked surprisingly well and we plan more takeoffs and landings on snow in January and February 2017.

FragaX at the International Technical Fair in Plovdiv